This weekend I wanted to feature an Independence Day menu, and because the holiday falls on Sunday this year, I'm posting it today instead of tomorrow (Monday) I love the New York Public Library's collection (which is where this and almost all of my other featured menus come from), but I do wish they had an option to search by exact date. Thankfully I managed to find one anyway, for the New Rockingham at the Rockingham Hotel in Narragansett, Rhode Island.

The Rockingham Hotel neighbored The Towers, a casino in Narragansett, Rhode Island, dating back to the 1880s. The casino rivaled the Newport Casino in popularity with the wealthy of New York and Philadelphia until it burned down on September 12, 1900, just a couple of months after this menu's date. 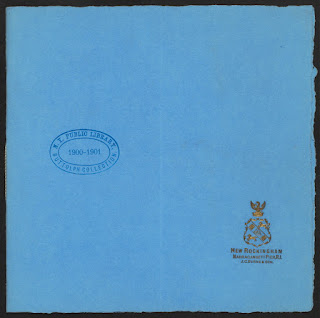 Although the fire ended the days of the Pier being a watering hole of the wealthy, the area continues to attract visitors to this day.

So if you were at the Rockingham Hotel on July 4, 1900, what would you have been able to have?

I would have had the clams, the prime rib with fried eggplant, sliced cucumbers, and the Macedoine wine jelly with coffee for dessert.

And here's a cool image on Pinterest that I colorized of the resort in its heyday... people just relaxing on the beach, circa 1890s. Many brave people were even in the water, which had to have been extremely cold even in summer. 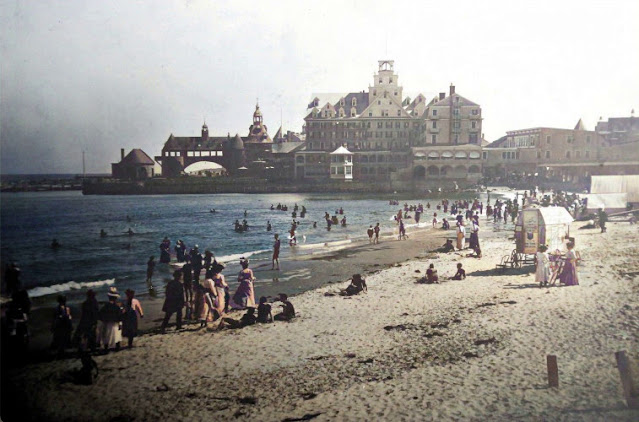