I came across this photo on Reddit that was taken in the 1850s of a beautiful but unknown woman: 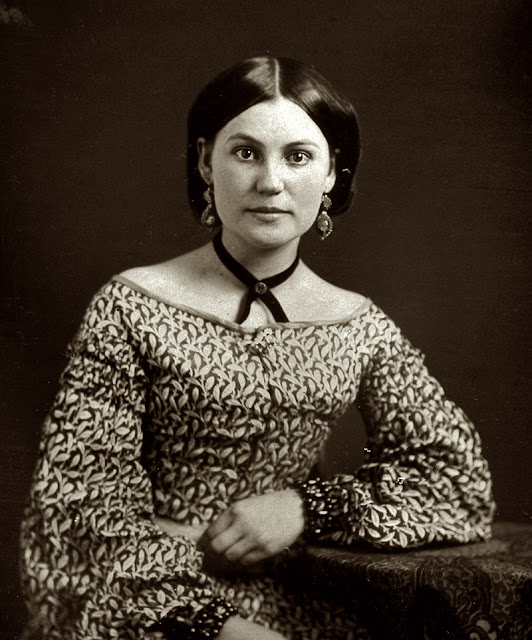 When I initially looked at this image, I was immediately struck by how modern this lady looks, in spite of her clothing and hairstyle. So much so that I was at first convinced that this was a contemporary photo of a woman in costume doctored to make it look old. But it is legit -- taken by James Presley Ball, a free black photographer based in Cincinnati, Ohio.
Something about the woman's face just doesn't look typical of what you usually see in daguerreotypes and photographs from this era. It almost looks like she's wearing modern makeup. Maybe she did cheat and darken her eyebrows and put some color on her lips -- pretty daring if so. She looks lively and intelligent, someone I would probably have liked to talk to. And the dress is gorgeous!
The person who posted this, screen named ColorizeMan, colorized the photo himself: 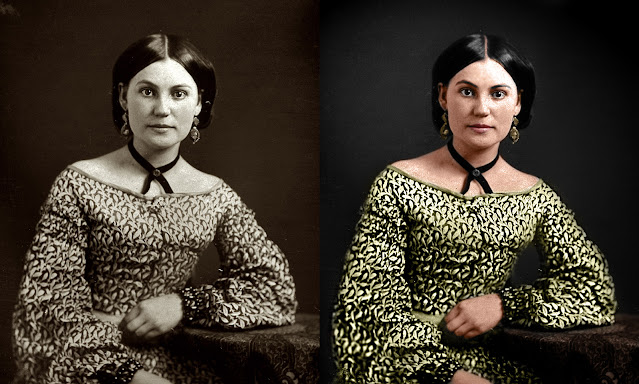 As cool as apps that colorize black and white photos automatically are, they just don't hold a candle to a human who has Photoshop and plenty of time.