I'm fascinated by old ships, so I jumped at the opportunity to feature a menu from one that I had previously never heard of: The R.M.S. Berengaria. The only things I knew about it right away was that 1) it was a British ship (R.M.S. stands "Royal Mailing Ship") and 2) it was owned by Cunard, because of the "ia" ending. Cunard ships ended with "ia" (e.g., Lusitania, Mauritania) and the ships of their main rival White Star Line ended with "ic" (e.g., Titanic, Atlantic).

Berengaria began life as SS Impersonator, built in 1912 for the Hamburg American line. When the First World War broke out in August of 1914, she was not used for service but basically left in Hamburg to fall into disrepair. After the war ended in November of 1918, the ship was taken over by the Allies to be used to transport troops home.

In September of 1919, Impersonator was transferred to the British Shipping Controller and would now operate under Cunard. The new captain Charles A. Smith and a full crew were sent to New York, where the official handover took place on 24 November 1919. 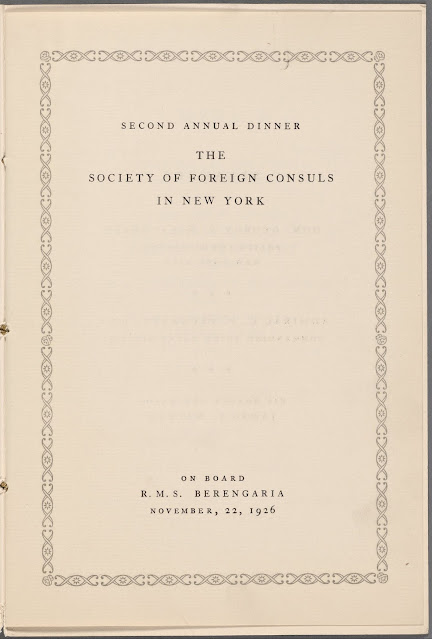 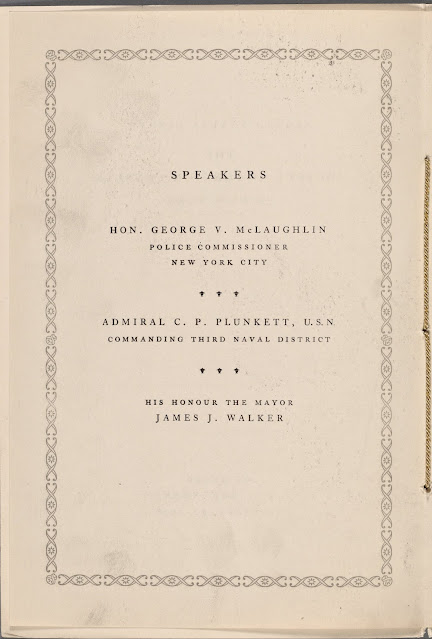 So probably after the no doubt boring speeches of the above, the gastronomic games would begin.

For the first course, you would have had a choice of grapefruit cocktail or oysters.; I would choose oysters.

For the second, you would have Consomme National. Consomme is a clear soup of richly flavored stock. Not sure what constitutes the "National" part.

The third course would be either filet of sole meunière, braised tenderloin of beef diplomat, or roast pheasant Rossini with Saratoga chips. I love sole meunière, which is basically sole filet floured, lightly seasoned with salt and pepper, fried in butter, and served with lemon. So that would be my choice.

I had to do a bit of online research to find out what Saratoga chips are, and they are basically the original kettle potato chips which you can still buy today. Potato chips at a formal seven-course meal for big wigs sounds a little bonkers to us, but at this time they were probably not regarded as snack food or something to have with a tuna sandwich.

As far as "Rossini", "a la Rossini" was named after an Italian composer Gioachino Rossini who was apparently as well known for his appetite as his music. From what I was able to tell, "Rossini" is a method of preparation involving butter, foie gras, truffle slices, Madeira sauce, and likely a triple bypass at some point later in life.

Anyway, the fourth course was a salad (no details). Probably just some simple lettuce leaves with a vinaigrette or something.

The fifth course was a choice of soufflé pudding, peaches cardinal, or friandises.

The seventh and final course was ginger ale, water, cigars, and cigarettes. Weird, I would have expected brandy, port, or sherry instead of water and soda. Oh wait... Prohibition. Duh. And actually, ginger ale probably would be a great thing to drink after a large, potentially indigestion-inducing meal; ginger has long been known to have stomach-settling properties.

So if you're wondering what became of the R.M.S. Berengaria, she was used for discounted cruises for dodging Prohibition, and because of this she acquired the nickname "Bargain Area." She was out of service by 1938 and scrapped in 1946.

What would you have had?