KCK March 22, 2019
Almost 100 years ago, my great-grandfather David T. Ryan was among the many officers of the Boston Police Department to strike in September of 1919. During the eleven years that he served, from 1908 until then, he was assigned to Division 16 in the Back Bay on Boylston Street.

The building still stands today, although it's no longer a police department but apparently an architectural college.

I'll blog more about his career and the strike this year, but for now this is a photo of the building he worked in in 1914, and then as of August 2018. The first image is courtesy of Wikipedia and the second is a screenshot from Google maps. 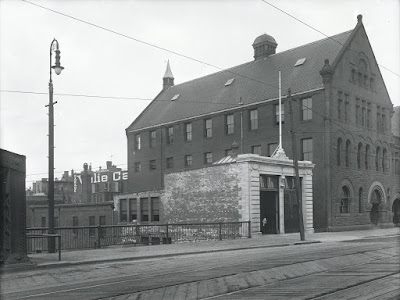 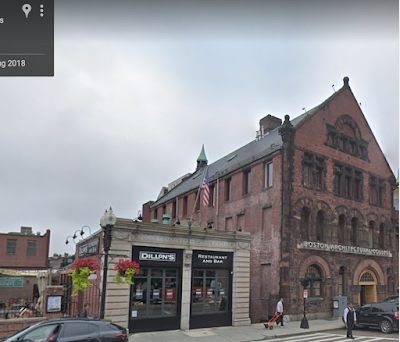 It really hasn't changed much, has it?

Right now, I would love to find a photo of David Ryan. I know that the Boston Police Department is putting together something to commemorate the strikers, and it would be nice to pass it on to them.