KCK June 10, 2018
I've become rather fascinated by fashion history of late, and as the 1920s is one of my favorite decades of the past, I wanted to take a look at 1920s fashion -- in particular, what we think we know about it but don't.
When you google  “1920s dresses", the images that will come up are basically bad Halloween costumes. Short skirts with lots of fringe, stiletto t-strap heels, and feathered headbands. The look is complete with very heavy makeup.
And it's totally... 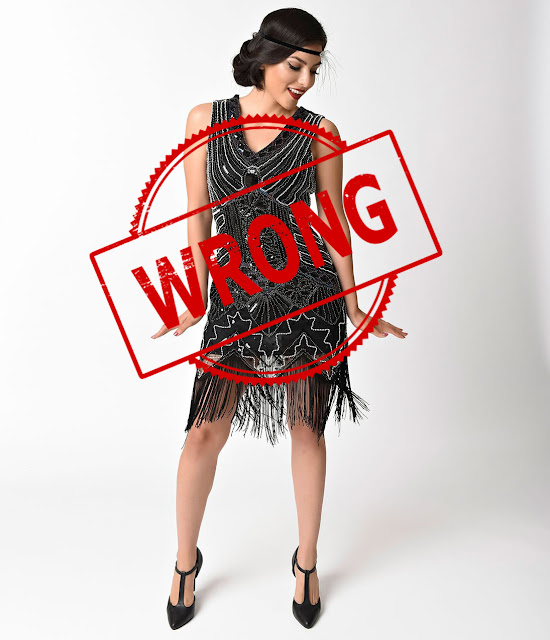 So let's address some misconceptions about women's fashion in this decade.

1. Body type. A very common idea is the ideal female body type in the 1920s was tall and rail-thin (like Lady Mary in Downton Abbey). Actually, think more Clara Bow, who was 5'3" and 112 pounds, neither tall nor super-slim. Boxy and flat-chested was the ideal shape. 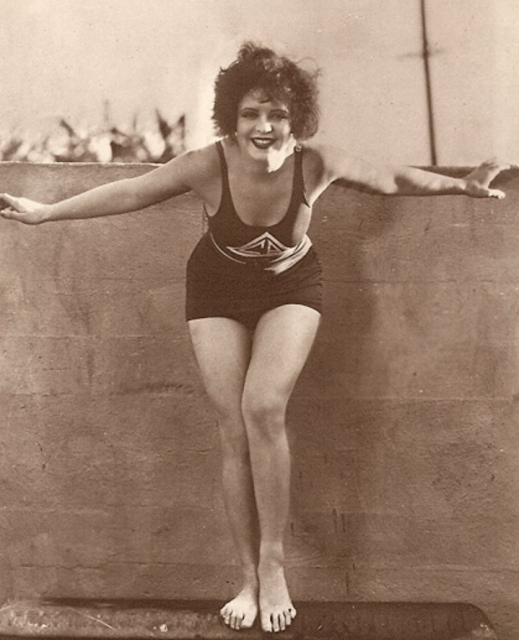 2. Skirt length. They were certainly shorter than they had been in the previous decade, but dresses in the 1920s generally fell below the knee. The only time a skirt in the '20s would have ordinarily shown knees is when their wearers were sitting down.

3. Corsets. Women in the '20s, contrary to popular belief, did actually wear corsets. Not the same sorts of corsets their grandmothers and mothers wore, of course; they didn't have boning. But women's foundational undergarments have always been used to give the desired body shape. In the '20s, curves and boobs were out. 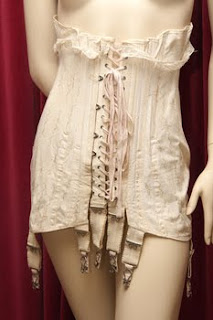 4. Shoes. When you look for 1920s shoes, you'll often see high heels with t-straps. Women's pumps in the '20s were low with a thick heel, and were often Mary Jane style (strap across the instep). Although t-strap shoes in the '20s did exist, you really didn't see them much until the 1930s. 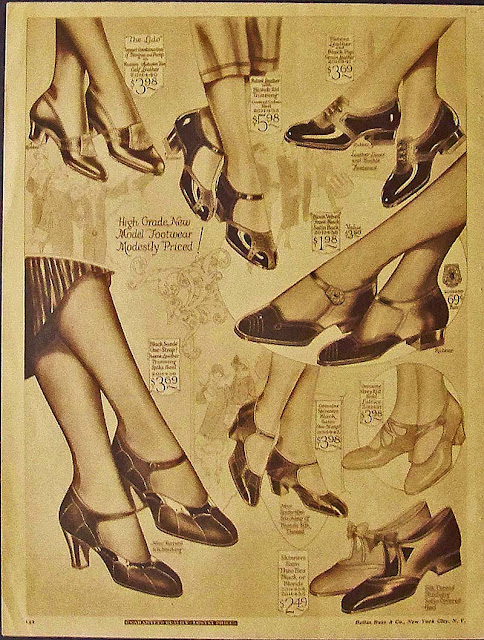 5. Makeup. I think a lot of us get the idea from films of the 1920s that the makeup then was heavy and almost goth-like. Smoky eyes and deep, dark colors. But these were actresses, and not “regular" women. And the type of orthochromatic film in use back then made colors look darker than they were -- e.g., red looked black on film. So makeup was lighter and brighter than we tend to think.

So next time you see “flappers" at a costume party, you can roll your eyes. You're welcome.