KCK October 14, 2014
Sometimes I google the names of recent ancestors to see what comes up. A couple of weeks ago, I did this, and came across something very cool on a wonderful blog called Heirlooms Reunited. Pam Beveridge, the blog owner, posts items of historical interest, and one such item was an autograph book from the early 1880s. At this time such books, which you would have loved ones and friends sign, were all the rage.

The book featured in this particular blog post was owned by a Samuel Thomas Woodman, and two of the autographs were those of my great-great grandparents George Bailey Palmer and Mary Olivia Purinton Palmer. 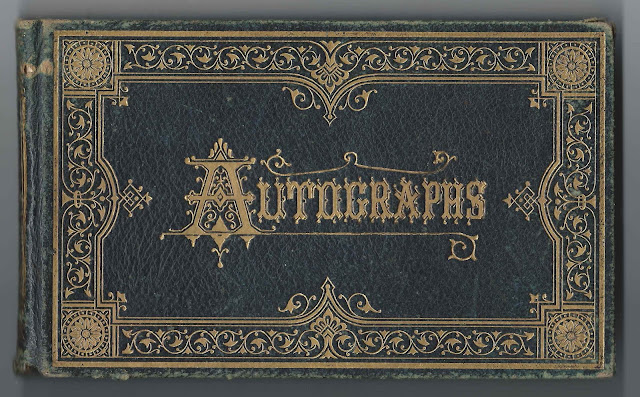 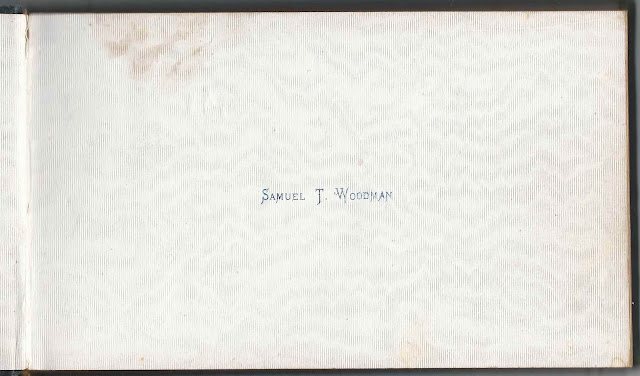 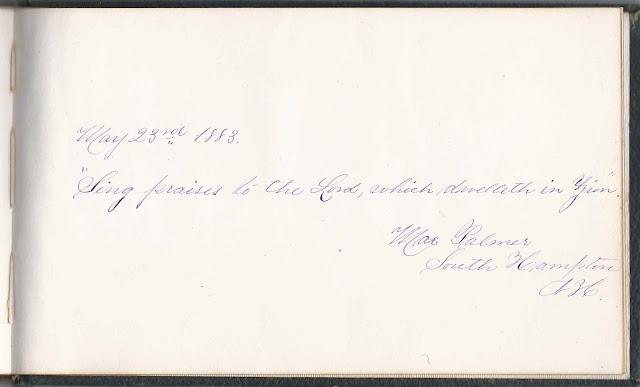 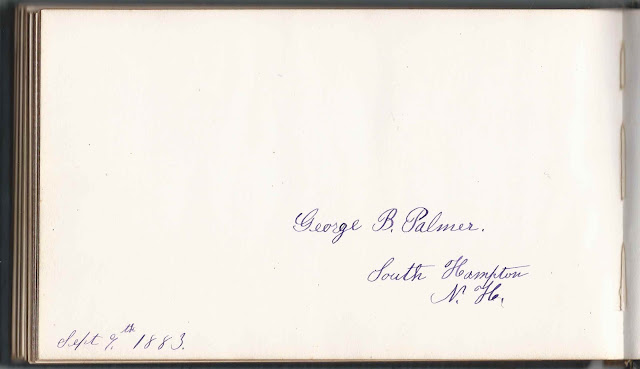 My great-great grandmother Mary signed herself as “Mae"; until I found this, I didn't know she had gone by that name.

The 1880 U.S. Federal Census shows that Samuel Woodman was a neighbor to the Palmers, and an organ tuner living with his parents: 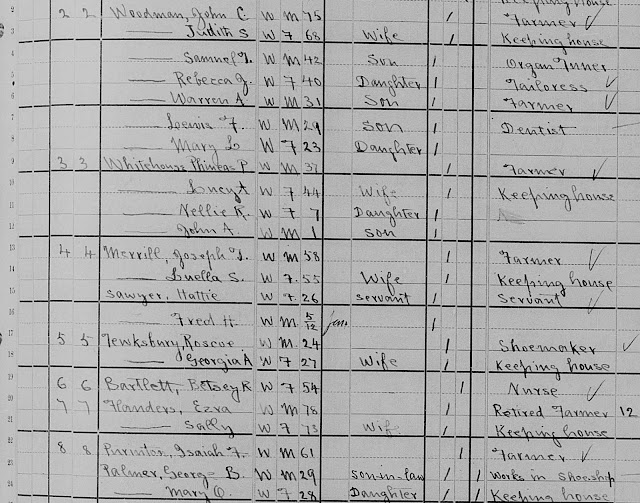 I also notice that, while Mary signed the book on 23 May 1883, George didn't sign the book until 9 September. A married couple would presumably be present together at most social situations, so I find it rather strange that they wouldn't have both signed at the same time.

A big thank-you to Pam for sharing the first four above images, and for allowing me to repost them here. Be sure to check out her original post, as well as other items on her blog!